In our constant pursuit of success, we are supported by pillars of strength that form
the structure  of the organisation, while also leading our journey to the top.

Dato’ Ir Goh began his career as an engineer in the Ministry of Works, where he served for 11 years rising to the position of Superintending Engineer prior to joining IJM Corporation Berhad as a Senior Engineer in 1984. He was promoted as General Manager (Central Region) in 1986 and subsequently appointed as Alternate Director in 1995 before assuming the position of Deputy Group Managing Director in 1997. He was redesignated Deputy Chief Executive Officer and Deputy Managing Director in 2004 and upon his retirement in 2008, Dato’ Ir Goh continued to serve as Executive Director of IJM Corporation Berhad until June 2009 and thereafter Non-Executive Director from July 2009 until June 2013.

He was a member of the Presidential Consultative Council of the Board of Engineers Malaysia (2002 – 2004) and also a member of the Construction Consultative Panel of Malaysia Productivity Corporation (2003 – 2009). He was the Chairman of the Building Industry Presidents’ Council and President of the Master Builders Association Malaysia for the session 2004/2006 and has served as its Deputy President, Vice President and Deputy Secretary General. 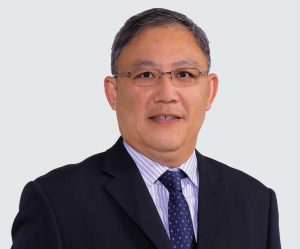 Mr Chung began his career with TAISEI Corporation in 1990 where over a period of seven years he rose to the position of Section Manager – Quantity Surveying. In 1997, he joined Sunway Construction Sdn. Bhd. and served as the Contract Manager of Business Development & Marketing Department. Thereafter, Mr Chung acted as the Country Manager/Project Director of Sunway Innopave Sdn. Bhd. (Abu Dhabi Branch) for the period from 2007 to 2013.

In 2000 and 2004, Dato’ Dr Johari was seconded from DOSH to be the Executive Director of National Institute of Occupational Safety and Health (“NIOSH”) Malaysia. He was the Executive Director of NIOSH Malaysia for years 2000 – 2002 and 2004 – 2007. In between that period, he returned to DOSH and assumed the role of Director General where he was responsible for the overall planning and implementation of the core activities of DOSH. Concurrently during his tenure in NIOSH Malaysia from 2004 to 2007, he was the Executive Director of ASEAN-OSHNET, the regional grouping of 10 ASEAN member countries working together towards improving the safety and health of the workers. In 2007, he returned to DOSH to resume the role of Director General until his retirement in June 2014.

Independent Non-Executive Director
Date Appointed to the Board: 17 October 2014
Years of Directorship: 6.5 years

Directorships of Other Public Companies
and Listed Issuers:

Dato’ Siow has over 30 years of working experience in investment banking, corporate finance and regulatory oversight of the Malaysian Capital Markets.

He began his career in investment banking with Malaysian International Merchant Bankers Berhad  in 1981. From 1985 to 1993, he was with Permata Chartered Merchant Bank Berhad (now known as Affin Hwang Investment Bank Berhad) first as a manager and later as the Divisional Head of its Corporate Finance Division. Between 1993 and 2006, he was with the Securities Commission Malaysia (“SC”) and has served in several positions at the SC including that of the Director of its Issues and Investment Division and the Director of its Market Supervision Division. He has also served as a director of MainStreet Advisers Sdn Bhd, a licensed corporate finance advisory firm, from 2008 to 2019.

Non-Independent Non-Executive Director
Date Appointed to the Board: 17 October 2014
Years of Directorship: 6.5 years 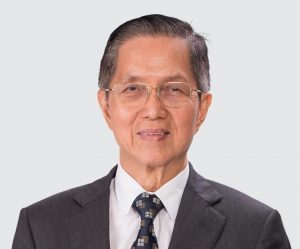 Directorships of Other Public Companies and Listed Issuers:

Upon the completion of the merger of Sunway City Berhad and Sunway Holdings Berhad in 2011, Tan Sri Dato’ (Dr) Chew was designated as the President of Sunway Berhad. He has more than 30 years’ experience in general management, quarrying, construction, building materials, trading and manufacturing businesses.

Independent Non-Executive Director
Date Appointed to the Board: 1 March 2018
Years of Directorship: 3.1 years 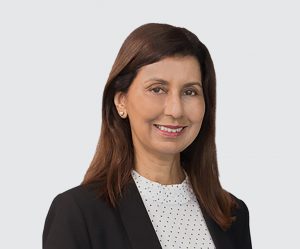 Dr Sarinder has over 30 years of experience in policy and strategic planning, trade negotiations, regulatory and Government affairs. She has previously served Principal Assistant Secretary with the Ministry of Finance Malaysia (MOF); Senior Director, Ministry of International Trade and Industry Malaysia (MITI); Director, for the Performance Management and Delivery Unit (PEMANDU) under the Prime Minister’s Department Malaysia; and Executive Vice-President and Partner for Pemandu Associates, a business management consultancy.

In MOF, she was involved in the raising of Federal Government loans from the international capital and bond markets, debt management and privatization projects. Her portfolio in MITI included the World Trade Organisation (WTO), Strategic Planning and Free Trade Agreements (FTAs) Policy and Negotiations. She was also the lead negotiator for Services for Malaysia’s first Bilateral FTA.

In PEMANDU, she provided strategic direction on the planning and implementation of the Tourism-related initiatives under Malaysia’s National Transformation Programme. She was also responsible for the Strategic Reform Initiative encompassing the Competition Act, Adoption and Development of International Standards and the Liberalisation of Services. She developed the performance assessment and management system for the performance assessment of all Ministers by the Prime Minister.

In Pemandu Associates, she worked with Governments and businesses on strategy formulation and effective implementation to meet national and business objectives. This entailed working with both internal and external stakeholders to ensure both timely and effective policy and strategy execution for the delivery of tangible results.

Non-Independent Non-Executive Director
Date Appointed to the Board: 18 September 2014
Years of Directorship: 6.6 years 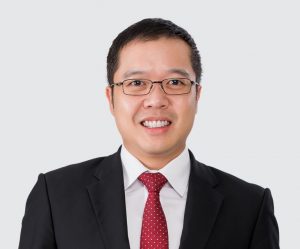 Mr Evan Cheah joined the Sunway Group following his graduation as an Executive Assistant and was attached to the Sunway Group Finance division from 2001 to 2002, with key roles in investment analysis, due diligence, corporate finance, management accounting and group procurement. In 2003, he was promoted and rotated to Sunway Construction where he was the Finance Manager. In 2006, he became the General Manager, Business Development of Sunway Group’s Trading & Manufacturing division. In 2010, he was promoted to be the Executive Director of Sunway Mas Sdn. Bhd., a property development company within Sunway Group, in charge of operation matters.

In 2011, Mr Evan Cheah was designated Chief Executive Officer of Sunway Group’s China operations, responsible for the China Corporate Office and the development of new business opportunities for the Sunway Group in China. In 2013, he assumed the additional role of Executive Director in the President’s Office of Sunway, assisting the Group President in overseeing the Trading & Manufacturing, Building Materials, Quarry & Information Technology businesses. 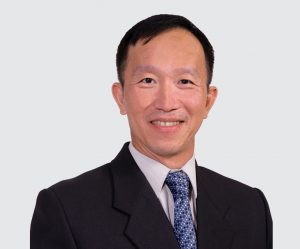 Mr Liew began his career with L&M Geotechnic in Singapore in 1993, as a Project Engineer at various construction projects in Singapore. In 1996, he was transferred to L&M Systems, Thailand as a Project Manager in charge of infrastructure works for a low rise luxury housing project in Bangkok. In the same year, he left to join Taylor Woodrow Projects (M) Bhd. before joining SunCon as Senior Geotechnical Engineer from 1996 to 1998. Thereafter, he joined Nishimatsu Construction Company Singapore.

He rejoined SunCon in 2000 and was promoted during the course of overseeing various projects in Malaysia and India to the position of Senior General Manager, heading the Civil Engineering Division in 2013. He was further promoted as the Deputy Managing Director in 2016 and as the Managing Director of Sunway Construction Sdn Bhd on 1 January 2020.

He has more than 20 years of experience in the construction industry.